Freddy’s (officially called Freddy’s Frozen Custard & Steakburgers) is a fast-casual restaurant chain that specializes in a variety of burgers and sandwiches and frozen custard. Freddy’s prices are average and you can have good food for less than $10.

Along with frozen custard, Freddy’s offers several varieties of chicken and beef sandwiches and burgers. There are three kinds of hot dogs that are Chicago-style, regular, and chili cheese 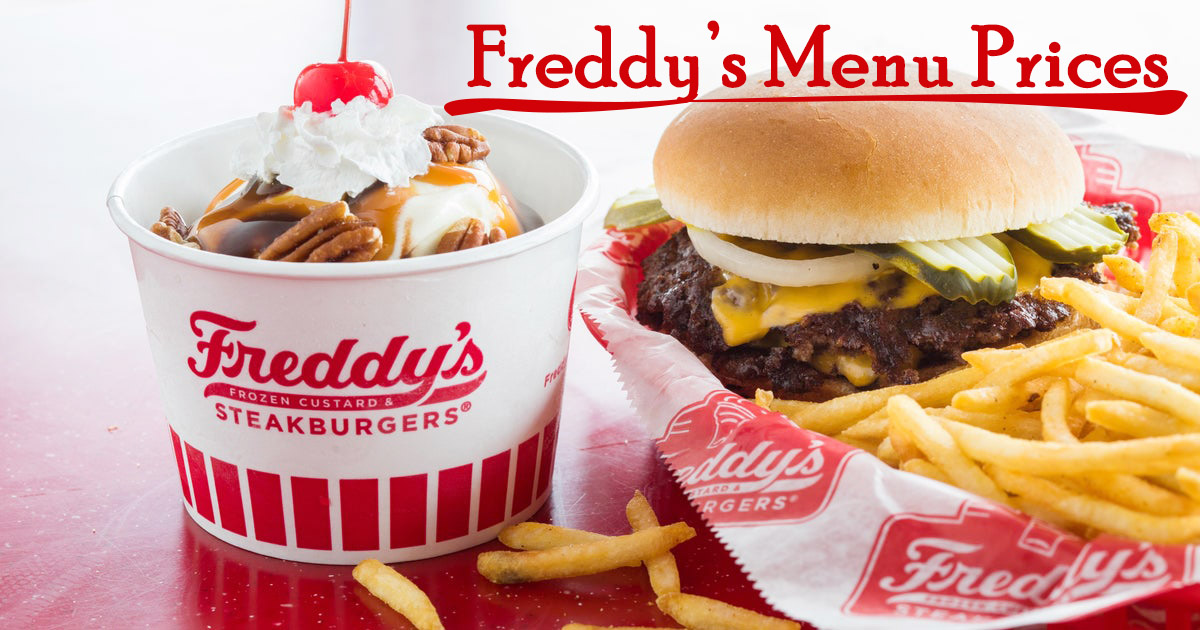